Well we finally know what that countdown was for huh. We figured it had something to do with something new. It just turns out that it is the premier of Contra’s leadoff track “Horchata”, in free mp3 form!

I am playing it for the first time as I type this and the verdict? :

“Horchata” has tons and tons of outside influences. The African/world influences that gracefully guided their debut album have not gone anywhere. This sounds very tropical/beach like. You can also tell that their production skills have increased greatly. This sounds a lot bigger, with a lot more going on at once. The background voices sound less organic than we are used to, which is a nice aesthetic for Vampire.

There is no doubt that this is a great step forward. They still sound like Vampire Weekend, but a more experienced and even more confident Vampire Weekend.

Oh and here are the lyrics that they included in the download: 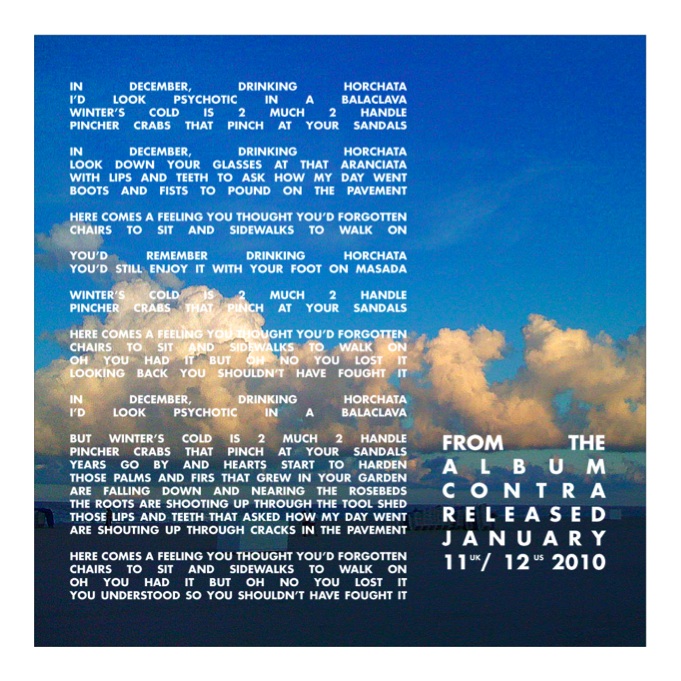